The Tet Offensive in 1968 demonstrated what Communist resolve and capacity could achieve with conventional forces. Had nuclear weapons been introduced into the conflict by both sides, the United States would have faced the JASONs’ worst-case scenario. Apparently some talk picked up again about using nukes to relieve the siege at Khe Sanh, but it went as far as similar talk in 1954 about Dien Bien Phu. Despite all the frustration with the war and the desire to pull out the big guns, the nuclear taboo held. 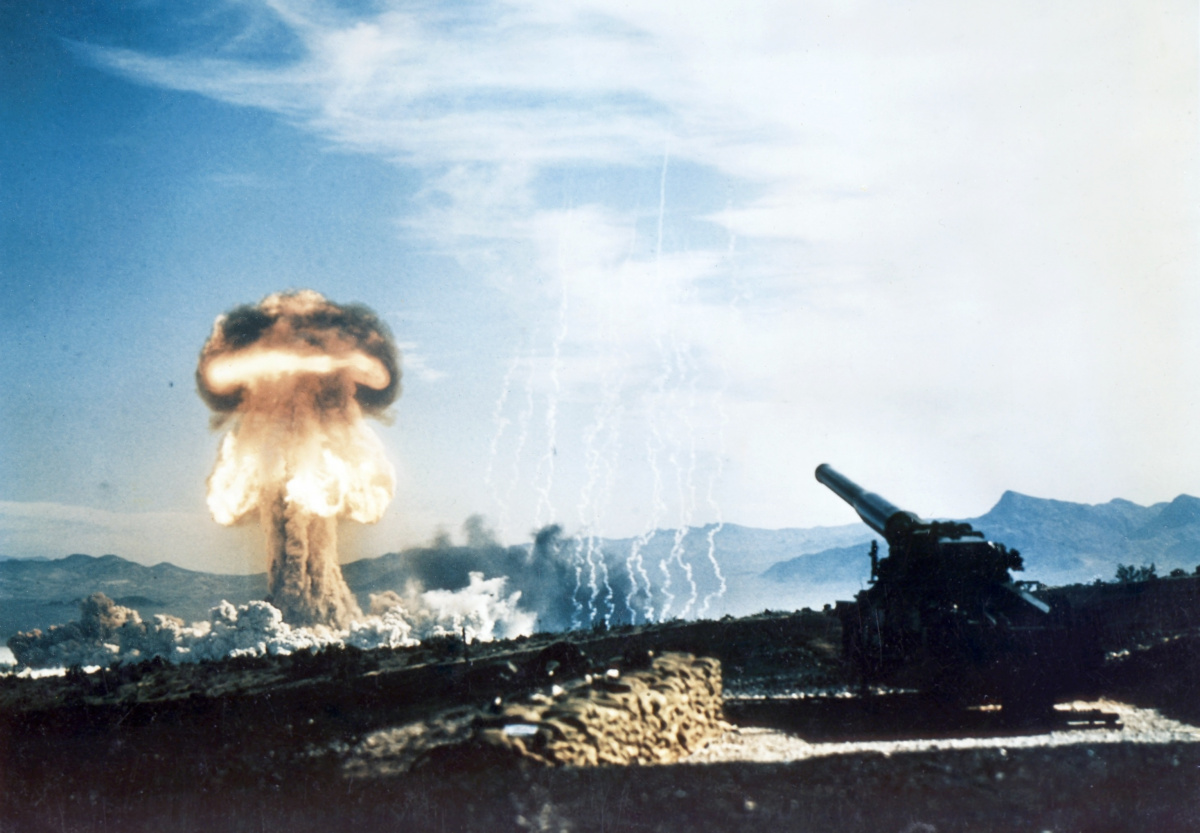 By February 1966, frustration with the U.S. bombing campaign against North Vietnam rose high enough to spur talk of going nuclear. Throughout the Vietnam War, such talk was mostly just that, but in 1966, it worried certain people enough to gin up a classified study of tactical nuclear weapons use in Southeast Asia. The study’s authors—members of the JASONs, the Pentagon’s “wise men”—concluded that any way you looked at it, nukes in ‘Nam were a very bad idea.

Recommended: How North Korea Could Start a War

Recommended: This Is What Happens if America Nuked North Korea

Recommended: The Colt Python: The Best Revolver Ever Made?

The JASONs were and are highly respected within the Defense Department. Defense consultants drawn from the cream of academia, they had the Pentagon’s ear and the freedom to choose their research topics. Early in 1966 four of them—chemistry professor Robert Gomer, quantum physicist Steven Weinberg, particle physicist Courtenay Wright, and mathematician Freeman Dyson—decided to look into the the use of nukes in Vietnam for that summer’s study.

According to Seymour Deitchman, who served with the Institute for Defense Analysis, the organization that supported the JASONs, “…there had been not infrequent talk among some of the military people involved in planning the war effort, with whom I had contact, that ‘a few nukes’ dropped on strategic locations, such as the Mu Gia pass through the mountainous barrier along the North Vietnamese-Laotian border, would close that pass (and others) for good.”

Freeman Dyson recalled, “We were prompted to write this report by some remarks we heard at an informal party, probably in Spring 1966. A high-ranking military officer with access to President Johnson was heard to say, ‘It might be a good idea to toss in a nuke from time to time, just to keep the other side guessing.’ We had no way to tell whether the speaker was joking or serious. Just in case he was serious, we decided to do our study.”

All four men entered the project believing that nuclear weapons would only make a brutal war more terrible. But they faced a rhetorical dilemma: if they addressed ethical and moral issues around tactical nuke use, they risked being dismissed as “soft” and unreliable. Therefore, they chose to explicitly exclude ethical and moral issues and focus solely on military and political ramifications. Steven Weinberg said the analysis was “…honestly done, but I have to admit that its conclusions were pretty much what we expected from the beginning.”

Those conclusions were eye-opening. Although a RAND Corporation study estimated that one tactical nuclear weapon equaled twelve conventional bombing attacks, the JASONs concluded that an all-nuclear “rolling thunder”–style bombing campaign would require 3000 tactical nukes a year. Not even the massive U.S. nuclear production complex could support that kind of use.

Even with such awesome firepower, the results looked unsatisfying. Wargames played under Big War conditions—massed troop and armor concentrations in Europe—indicated that each nuke would only kill one hundred soldiers. Attacks against small, dispersed forces moving under jungle cover looked even less effective.

Mountain passes along the Ho Chi Minh Trail could be shut down and large areas of forest blown down by tactical nukes very effectively, but only until the Vietnamese cleared new paths.  Maintaining damage and radiation levels would require repeated nuclear attacks and as one JASON said, “a tree only falls once.”