Whether nuclear deterrence in the past had saved the world or not – it will not provide such assurance in the future. Human civilization, which is sustaining its security with the ability to exterminate itself during several hours of nuclear warfare, does not deserve the title of “civilization’. It is high time to find an alternative insurance. 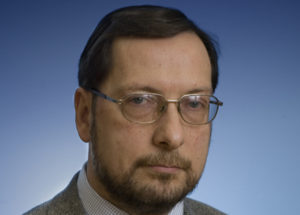 VATICAN CITY (IDN-INPS) – There is a commonly accepted view that nuclear weapons have saved the mankind from a third world war during the last 72 years after their immense destructive power was demonstrated in Hiroshima and Nagasaki in August 1945. The main argument boils down to the fact that such a war did not happen during the age of domination of nuclear deterrence in the international strategic and political environment.

Only God knows whether this is true or not. There is no equation between “during the time of” and “as a consequence of”. The debate on this subject has been going for decades, and neither point of view can be irrevocability proved. However it should be noted that during the whole century between the battle of Waterloo in June 1815 and the catastrophe of August 1914 there was no large-scale war despite the absence of nuclear weapons, just like during a hundred and fifty years between the Thirty years war of the XVII century and sweeping Napoleonic military campaigns of the early XIX century.

Be this as it may, there are serious reasons to suggest that nuclear deterrence will not serve as a factor of preventing regional and global war in the decades to come. There are at least there considerations supporting this assumption:

– the new U.S.-Russia and Russia-NATO political and strategic confrontation in Euro-Atlantic zone;

– development of advanced military technologies and innovative strategic concepts of their employment.

Since 2014 the possibility of nuclear war once again returned to relations between Russia and the West. That seemed unthinkable only a few years ago, to say nothing of the decades since the end of the Cold War in late 1980s, when Europe looked to be at its most secure in one and a half thousand years after the collapse of the Roman Empire. The tense standoff between Russian and U.S./NATO armed forces over Ukraine, and in the Baltic, Black Sea, and Arctic regions, creates a threat of fast escalation of any local armed conflict and even accidental collision to a large-scale war. To some extent, similar conflict may erupt between China and the U.S. or its allies in the Western Pacific over Taiwan and disputed islands and the jurisdiction of territorial seas.

Due to the absence of mutually recognized dividing lines of “quasi-frozen” conflicts in Ukraine, Georgia, Azerbaijan, and Moldova a new armed clash may suddenly erupt and draw Poland, the Baltic states, Turkey, and Romania – together with the rest of NATO – into a war with Russia. Even in peacetime, large-scale military exercises of Russian and NATO armed forces close to each other create a threat of collisions and accidents between ships and aircraft with an accompanying risk of escalation.

A direct military conflict between Russia and NATO in Eastern Europe, Baltic or Black seas would provoke an early use of nuclear arms by any side which considers defeat otherwise unavoidable. This probability is exacerbated by the fact that tactical nuclear and conventional systems are collocated at the bases of general purpose forces and employ dual-purpose launchers and delivery vehicles of the Navy, Air Force, and Ground Forces.

Should the INF Treaty collapse, and deployment of new medium and shorter range missiles in Europe by any or both sides become a reality, the prospect of an early nuclear use and a consequential prompt escalation of nuclear strikes from theater to strategic level would be much more probable.

At the same time the number of nuclear-armed states increased from 7 to 9 states[1], and the proportion of Russia and the U.S. combined decrease to 90 or even 80 percent[2]. However much more important is the growing political role, independence and self-assertiveness of China and the third unclear armed states. All of them are involved in regional conflicts; some are unstable domestically, while Russia and the Unites States cannot control regional crises as they could in the past.

Of the nine nuclear-arms-states, seven envision nuclear first use in their nuclear doctrines, official declarations, and actual operational planning. The two exceptions – China and India – have apparently been revising their no-first-use stance in recent years. Any serious military conflict in South Asia, Far East or Middle East is prone with high probability of turning nuclear with catastrophic regional end even global consequences.

Besides the next cycle of the nuclear arms race would no longer be US-Russian bilateral enterprise, but will involve China, India, Israel, North Korea and may lead to the expansion of the nuclear club to include Iran, Turkey, Saudi Arabia, South Korea, Japan, Taiwan and other nations. Nuclear proliferation would be the easiest environment in which international terrorism might gain access to nuclear weapons or explosive devices.

Finally a serious reason for concern is the development of most advanced weaponry and military technologies related to the revolution in command-control-information systems, long-range precision guided cruise and future hypersonic missiles, drones, artificial intellect, and space and cyber warfare. These technological developments and operational concepts erode the traditional delineation between nuclear and conventional arms, offensive and defensive systems, regional and global classes of dual purpose weapons[3].

Nowadays the U.S.-Russian strategic nuclear balance looks very stable and neither party is concerned about the threat of a disarming nuclear attack.[4] And yet, paradoxically limited or selective nuclear strikes are again considered possible, and not necessarily leading to a massive exchange. Such concepts are encouraged by the upgrading of the accuracy, yield variability, and enhanced command-and-control flexibility of the new vintage of nuclear arms.

Another troubling notion is the concepts and systems of “conventional deterrence” which envision conventional long-range high precision strikes against nuclear forces and command-control systems of the opponent. While conventional attacks on hardened targets would not be effective, most soft strategic forces’ sites would be relatively easy to destroy. A strike against missile warning radars and satellite control sites would “blind” the leaders of the two superpowers and entail a high probability of nuclear retaliation.

Such concepts are as artificial as they are dangerous. If presented in a crisis to a cocky, inexperienced and strategically uneducated leader they may turn into a recipe for disaster. They are the most dangerous innovations of contemporary military strategies, with a high probability of a catastrophic nuclear escalation.

Neither of the above threats may be addressed by enhancing nuclear deterrence. The way to deal with them requires serious moves far beyond nuclear deterrent by the US, Russia and other influential nations.

The first is to apply a more concerted effort to peacefully settle Europe’s ongoing conflicts, foremost in Ukraine. If the Minsk agreements are not implemented two years after their conclusion, they must be supplemented with effective enforcement mechanisms, including large UN peace-keeping operation.

The scale of military exercises of Russia and NATO should be reduced on a mutual basis and separated geographically. Confidence-building and transparency measures (Vienna Document, Open Skies Treaty) should be expanded and the U.S.-Soviet accident avoidance conventions (of 1972 and 1989) should be enhanced and put on a NATO-Russia footing.

Second, the INF Treaty must be preserved and mutual U.S.-Russian accusations of non-compliance should be addressed and removed through diplomacy under the strong political guidance of the leaders of the two powers. They should also initiate without further delay the talks on a follow-on START Treaty with the goal of achieving substantial reductions of strategic arms, and addressing other issues of disagreement.

The movement in this direction would be conducive to enhancing nuclear non-proliferation and eventually engaging other nuclear armed states in the arms control process and conflict-resolution agreements.

Third, Russian and American leaders should reconfirm that “nuclear war cannot be won and must never be fought”, as their predecessors proclaimed in the early 1970s and late 1980s. In this they should be joined by the leaders of the other seven nuclear-armed states.

But this is not enough – some additional principles are to be added to this philosophy. Such common principles, for example, should include the recognition, that any use of nuclear weapons, however limited, is inherently escalatory and should be excluded from great powers’ strategic relations.

In should be also acknowledged that weapon systems blurring the line between nuclear and conventional operations are destabilizing and should be subjected to limitations and (or) confidence-building measures. Expanding defensive systems to reduce each side’s vulnerability to rogue states should only be based on their agreements.

Whether nuclear deterrence in the past had saved the world or not – it will not provide such assurance in the future. Human civilization, which is sustaining its security with the ability to exterminate itself during several hours of nuclear warfare, does not deserve the title of “civilization’. It is high time to find an alternative insurance. [IDN-InDepthNews – 11 November 2017]

IDN is flagship agency of the International Press Syndicate.

[1] On top of the “Big Five”, Israel and South Africa the nuclear arms were acquired by India, Pakistan and North Korea, while South Africa abandoned them in 1992.

[2] This uncertainty stems from the absence of official data on China’s nuclear forces, while the range of experts’ estimates is stretched from about 300 to 1000 deployed warheads.

[3] Those are systems capable of delivering nuclear or conventional munitions.

[4] Russia is only concerned about U.S. “Prompt global strike” conventional systems and conventional BMD, and the U.S. – about Russia’s tactical nuclear arms.