NUCLEAR WAR CANNOT BE WON AND MUST NEVER BE FOUGHT

REAGAN-GORBACHEV DECLARATION OF 1986 SHOULD BE REAFFIRMED BY GOVERNMENTS

EACH NUCLEAR ARMED STATE SHOULD RENOUNCE ANY AND ALL OPTIONS INVOLVING THE INITIATION OF NUCLEAR WARFARE.

We write to urge you to support a reaffirmation of the 1987 Reagan-Gorbachev declaration that ‘A Nuclear War Cannot be Won and Must never be Fought.’

A consequence of that is that every nuclear armed state should renounce any and all options involving the initiation of nuclear warfare.

Such a reaffirmation could be promoted at the UN High Level Meeting on the Total Elimination of Nuclear Weapons on October 2 2020, and then adopted at the postponed (virtual or physical) tenth NPT Review Conference. It could also be adopted as a resolution of the General Assembly emanating as usual from First Committee. Finally, it could also come from the UNSC.

It is in response to both US  and Russian nuclear postures and threats that a reaffirmation of the Reagan-Gorbachev declaration is so necessary. The Reagan-Gorbachev declaration represents an unquestioned ‘motherhood’ norm that ever since 1986/7, has increasingly been taken for granted – until both the US and the Russian Governments have started issuing statements implying that nuclear war  was/is NOT unthinkable, or that they are willing to engage in arms races.

Language such as this inspires a willingness to think the unthinkable, and to contemplate the real possibility of meaningfully ‘fighting’ a nuclear war that,  if translated into day-to-day, operational, nuclear postures, would make an actual nuclear exchange all too possible.

So too do statements by any NWS, expressing willingness to contemplate a nuclear arms race, which will be won by ‘spending the other side into oblivion’. The inappropriateness of such priorities in the time of Coronavirus is mind-boggling. Finally, the deployment of ‘mini-nukes’ on US strategic submarines again presents a lowered threshold for nuclear use. Russia has responded predictably that ANY ICBM launched from a US submarine will be treated as a full-scale nuclear attack.

The Bulletin of the Atomic Scientists in re-setting the Doomsday Clock to an unprecedented 100 seconds to metaphorical ‘midnight’ noted that:

“…The world is sleepwalking its way through a newly unstable nuclear landscape. The arms control boundaries that have helped prevent nuclear catastrophe for the last half century are being steadily dismantled.”

All of this necessitates a statement reaffirming the Reagan-Gorbachev declaration.

Of course the Reagan-Gorbachev declaration is just one of a number of measures that need to be taken to minimise the probability of a potentially civilisation-ending catastrophe. These measures, which are identical to those agreed in previous NPT outcomes, notably the 13 points, include:

A detailed list of risk reduction measures is on the website of the Abolition 2000 Nuclear Risk reduction Working Group:

A webinar was recently conducted by UNODA on matters for discussion in the tenth NPT Review Conference.

At that webinar, much attention was devoted to nuclear risk reduction.

It was remarked by a number of those present that a reaffirmation of the Reagan-Gorbachev declaration might be ‘something on which we might all agree’.

Indeed so. While it would be most desirable for a wide selection of risk reduction measures to be enacted, and one very much hopes that a wide selection of measures ARE urged by a possible 10th NPT Revconf, the 2 Oct  High Level Meeting,  or First Committee,(whether physical or virtual) ‘Reagan-Gorbachev is in a sense ‘low-hanging fruit’.

But it is critically important fruit!  Reaffirmation of Reagan-Gorbachev might help to reverse or stop the drift toward the unthinkable that has been taking place over the last 12 months or so. This is critically important if five, ten, years down the track we are to be all still HERE to see all the other problems we have failed to tackle, unfold.

It has also been suggested by one or two diplomats that a failure by one or more or all of the nuclear weapons states to actually endorse the Reaffirmation of Reagan-Gorbachev might set us all back.

Affirmation of Reagan-Gorbachev outside the US would strengthen the considerable constituency within the US for such a reaffirmation. The same hopefully could be said for other nuclear weapon states.

(Institutional affiliations are for identification purposes only) 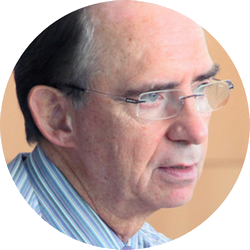 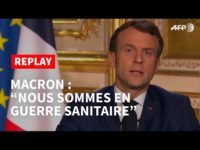 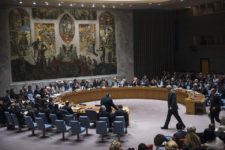 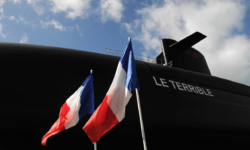 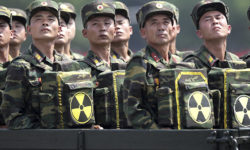