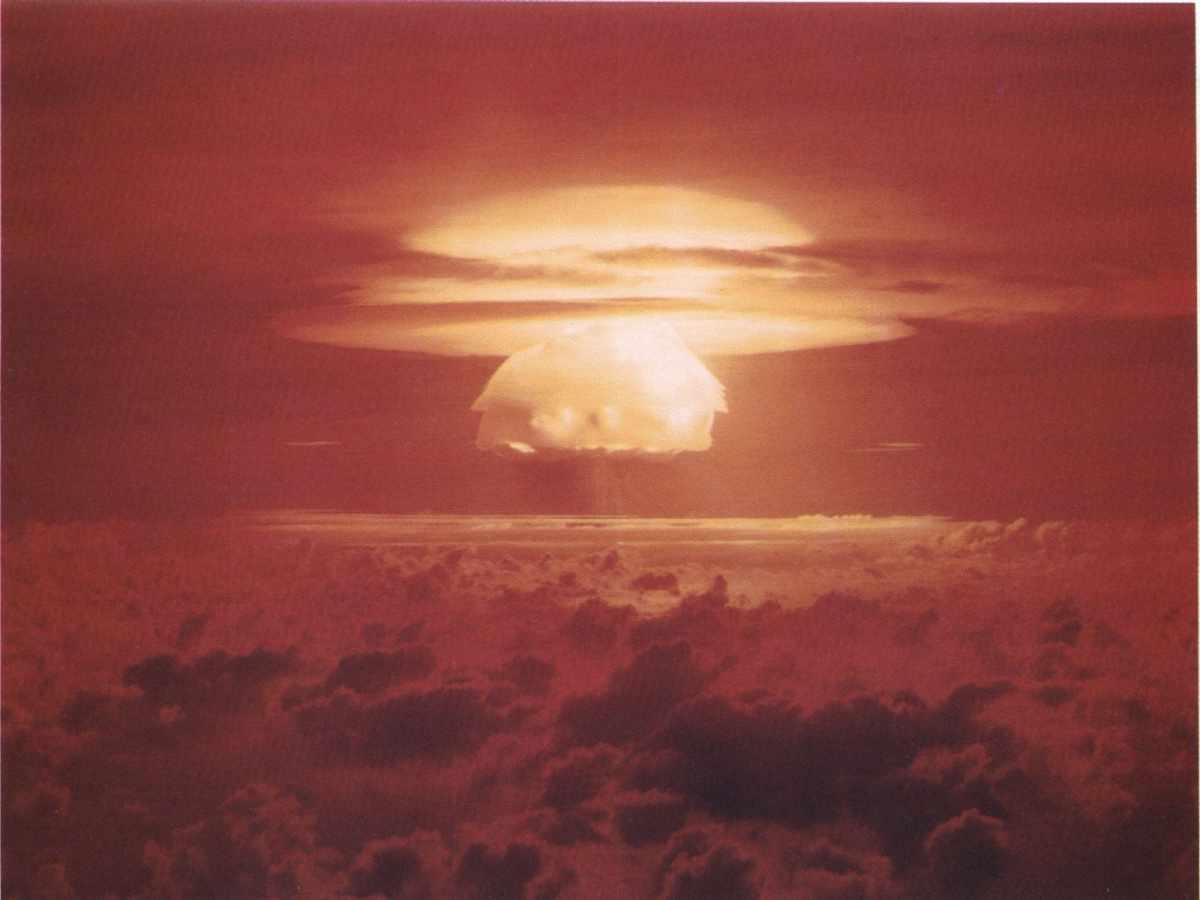 Sixty-plus years ago on an island in the South Pacific, scientists and military officers, fishermen and Marshall Islands natives observed first-hand what Armageddon would be like.

And it almost killed them all. The Atomic Energy Commission code-named the nuclear test Castle Bravo.

The March 1, 1954 experiment was the first thermonuclear explosion based on practical technology that would lead to a deliverable H-bomb for the Air Force’s Strategic Air Command—part of the Operation Castle series of tests needed to manufacture the high-yield weapons.

Bravo was the worst radiological disaster in American atomic testing history—but the test provided information that led to a lightweight, high-yield megaton bomb that would fit inside a SAC bomber.

Widespread contamination sickened and exiled Pacific Islanders and killed a Japanese citizen. The United States had to admit it possessed the ability to make deliverable H-bombs—an information windfall for the Soviet Union, and the catalyst for serious consideration of a ban on atmospheric nuclear tests.

Bravo’s fallout even inspired the creation of a science fiction screen legend Godzilla. In the 1954 Japanese movie of the same name, atomic testing resurrects the “King of Monsters”—a symbol for the new terror felt in the only nation ever attacked with nuclear weapons.

Perhaps most importantly, Bravo forced many scientists and military officers to concede how deadly nuclear weapons really were—not just in their immediate effects such as blast and intense heat, but the lingering effects of high-energy radiation.

“I think the most important message we might take away from the Castle Bravo shot is the amount of hubris it represents,” Alex Wellerstein, a historian at the Stevens Institute of Technology and blogger, told War Is Boring.

“The scientists and military assured the politicians and Marshallese people that it was a safe experiment, that they had things under control, that they understood what would happen. And they were very wrong.”

Only two years earlier, the Ivy Mike shot demonstrated the first true thermonuclear reaction. It produced a 10-megaton yield, but the device relied on cryogenic liquid hydrogen isotopes that were bulky, required refrigeration equipment that weighed tons and was almost impossible to store in a weapon.

A prototype “wet fuel” bomb based on the Ivy Mike test was 24 feet long, five feet wide and weighed 30 tons. It was more like a railroad box car than a deliverable weapon. But Bravo used lithium deuteride “dry fuel,” which is solid and lightweight at room temperature.

Scientists estimated the device would have a yield of about five megatons. They based many of their safety precautions — such as the location of various observation posts and ships, a safety “exclusion zone” in the Pacific Ocean surrounding Bikini and estimates of fallout dispersal — on a five-megaton yield.

Zero hour for Bravo was at 6:45 a.m. local time on March 1. From the moment the device detonated, many of the observers knew something had gone spectacularly wrong.

The flash from the nuclear explosion was overwhelming, even by the standards of nuclear explosions. Men saw their bones appear as shadows through their living flesh. Streams of blinding light shone through the smallest cracks and pinholes in secured doors and hatches.

Bravo’s thermal radiation was far more intense than expected. More than 30 miles away from Ground Zero on Bikini Atoll, sailors on board Navy ships said the heat was like having a blowtorch applied to their bodies.

It was four miles in diameter and hotter than the surface of the sun. The Bravo fireball rose at the rate of 1,000 feet per second, and created a mushroom cloud that eventually topped 130,000 feet above sea level.

“In mere seconds the sailors sensed that something unspeakably wrong was occurring … Battle-hardened men who had served in World War II went to their knees and prayed,” wrote L. Douglas Keeney in 15 Minutes: General Curtis LeMay and the Countdown to Nuclear Annihilation.

“We soon found ourselves under a large black and orange cloud that seemed to be dropping bright red balls of fire all over the ocean around us,” one sailor recounted. “I think many of us expected that we were witnessing the end of the world.”

The reason? A “tritium bonus” occurred during the thermonuclear reaction. Cascading neutrons transformed the lithium-7 isotope—that comprised most of the “dry fuel”—into tritium and helium.